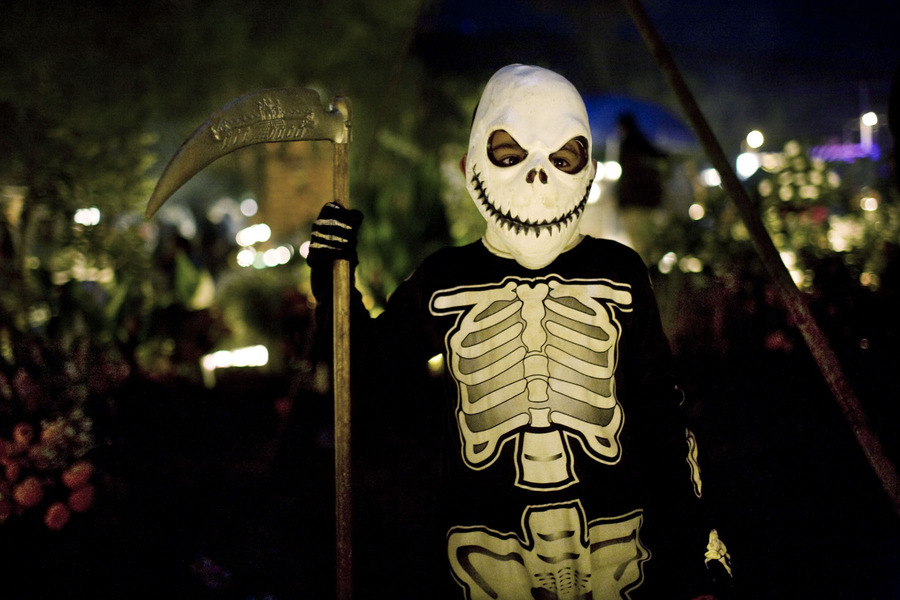 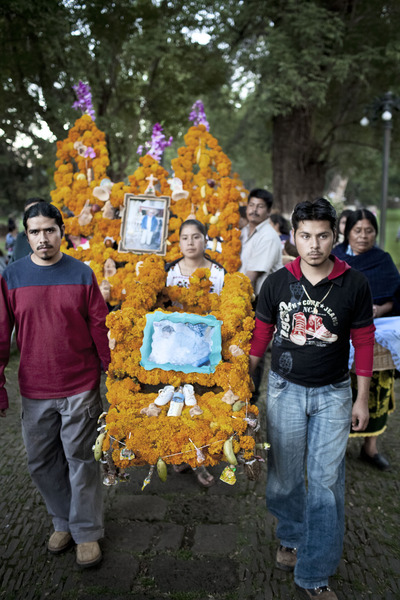 During the Day of the Dead parade in Tzintzuntzan, Mexico. 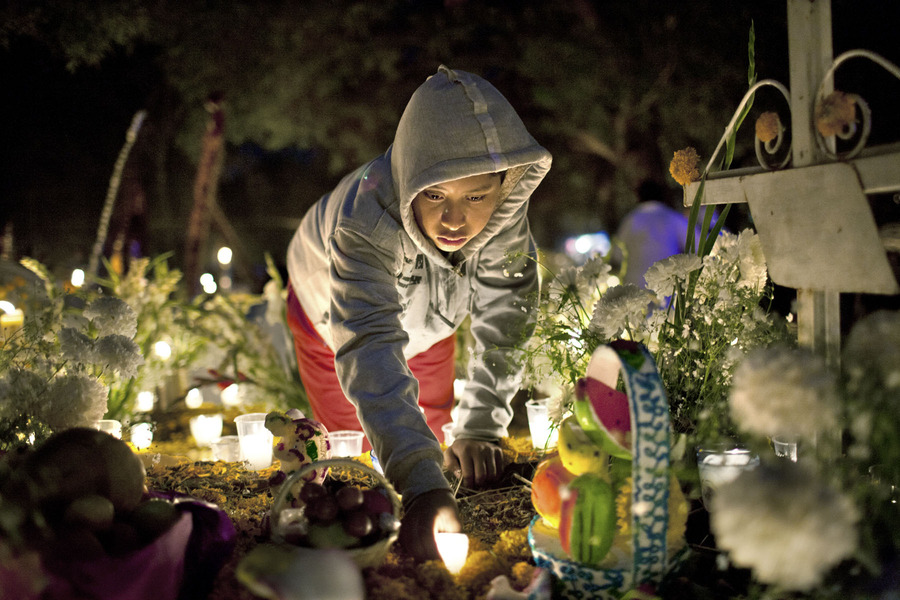 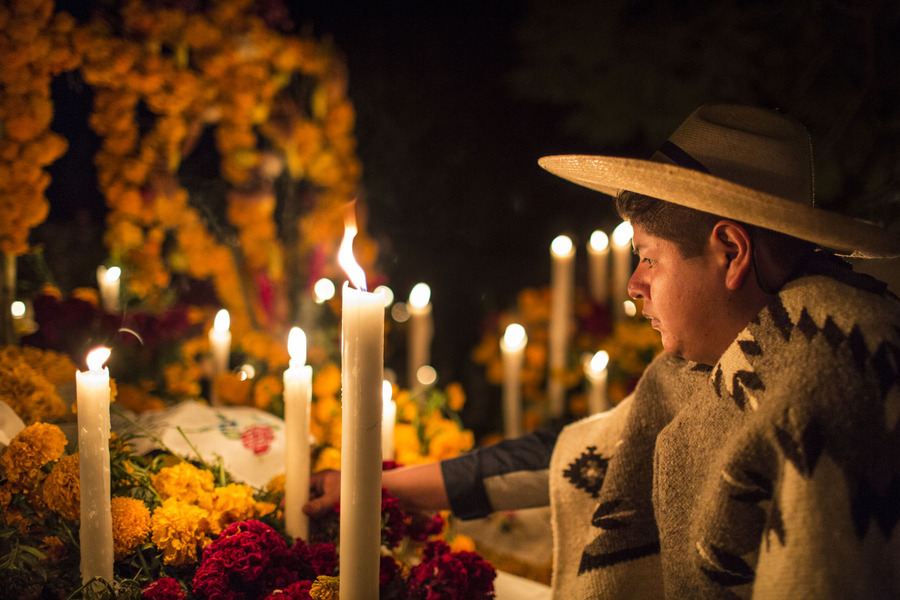 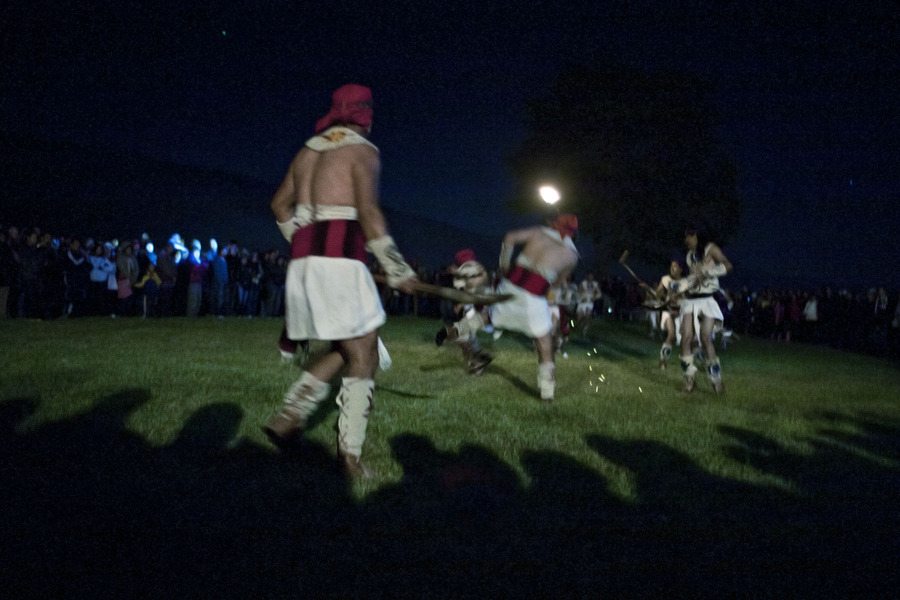 Traditional Aztec ball game of fire is played in the middle of the night in Tzintzuntzan, Mexico. This is a special ball made of animal skin which is lit on fire and played with something that looks like a hockey stick. During the Aztec era, whichever team won the game were sacrificed to the Gods and was considered sacred and holy. 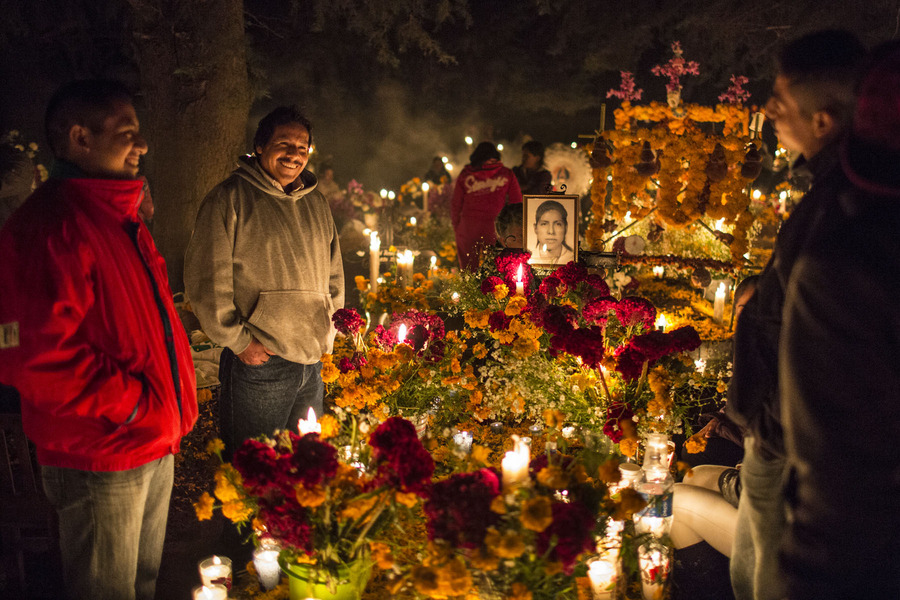 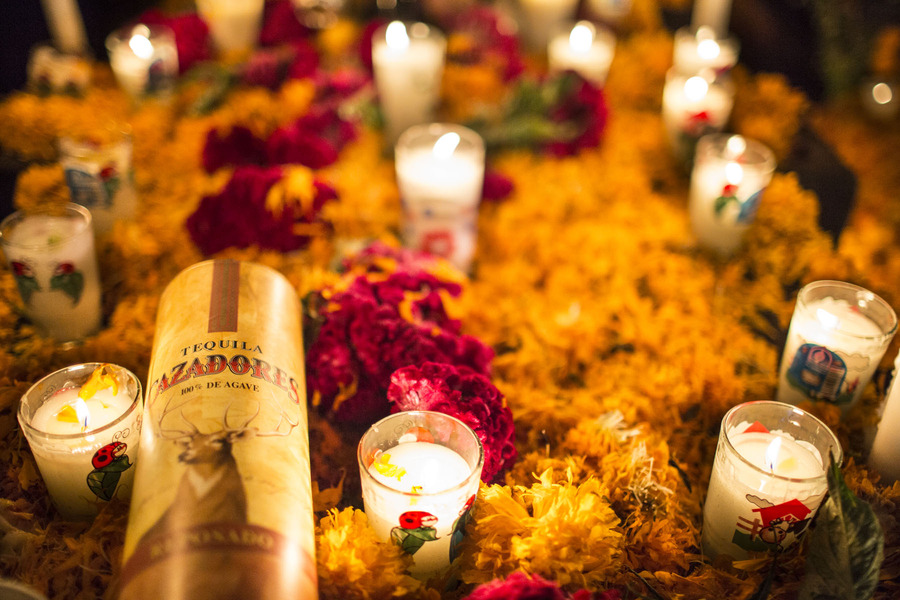 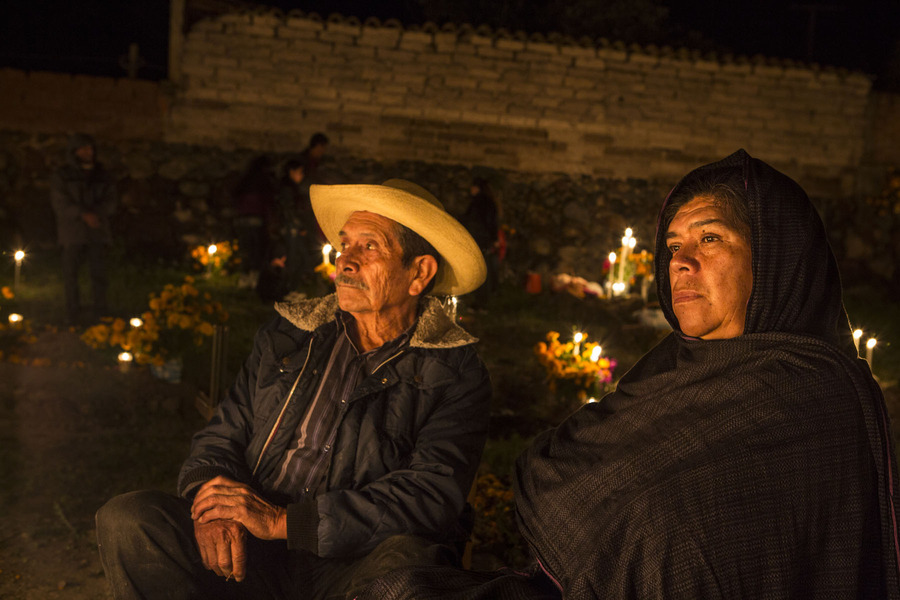 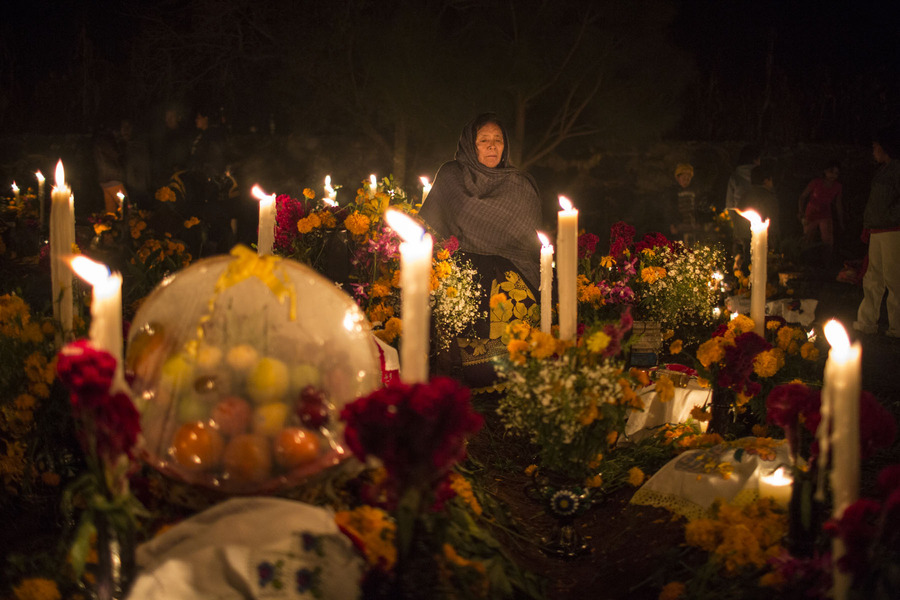 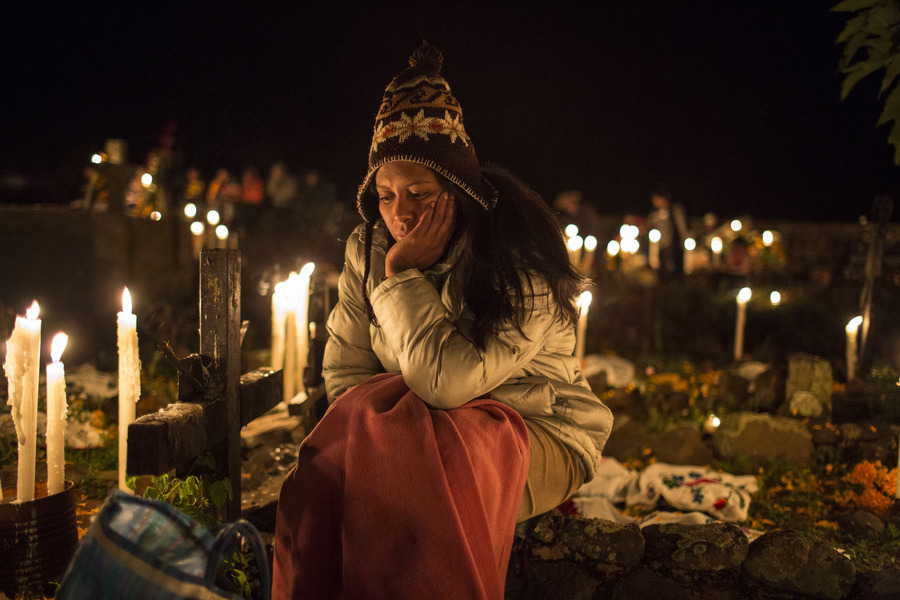 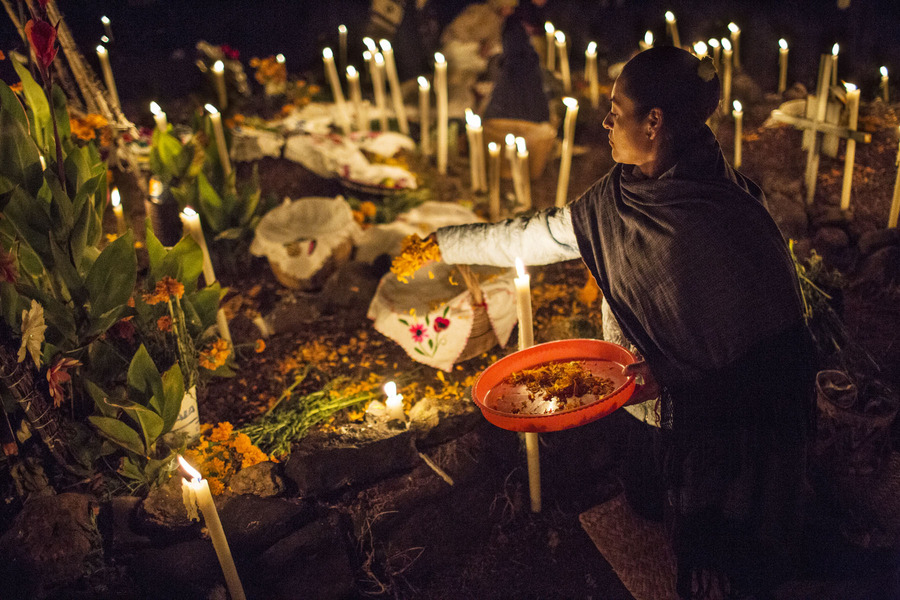