In August 2017, I worked with Fundacion SACIAR, a non-profit food bank based in Medellin, Colombia. The mission of this organization is to act as a bridge for food security in some of the most impoverished areas of the country. This organization is among many who are trying to change the face of Colombia from a war torn country to a place of hope and security.

The armed conflict for the last 50 years between the paramilitary groups, the Revolutionary Armed Forces of Colombia (FARC), and the National Liberation Army (ELN) created a stark contrast between the haves and have-nots through many areas of Colombia and left the majority of the country’s population in need for basic necessities. Uraba is one such region which was tremendously affected by the conflict leaving most of its population extremely poor.  Fundacion SACIAR created an on the ground operation named “La Transfiguracion - Templo Comedor” in Apartadó, Urabá to help the needy. Fundacion SACIAR collects top quality food near expiration from grocery stores, restaurants and agricultural farms and delivers it all its Templos Comedores.

This photo essay is based on the work I documented at the La Transfiguracion - Templo Comedor in Apartadó, a city in the Urabá region of Colombia. This food temple assists the feeding of children, pregnant and lactating mothers and older adults. The mothers from these families volunteer in this Templo Comedor as cooks, cleaners and organizers. They are not only members of this organization but form pillars of their community. Apart from food distribution, this Templo Comedor creates training, recreation and education for everyone involved, driving the importance of charity rooted in love, sharing and compassion. 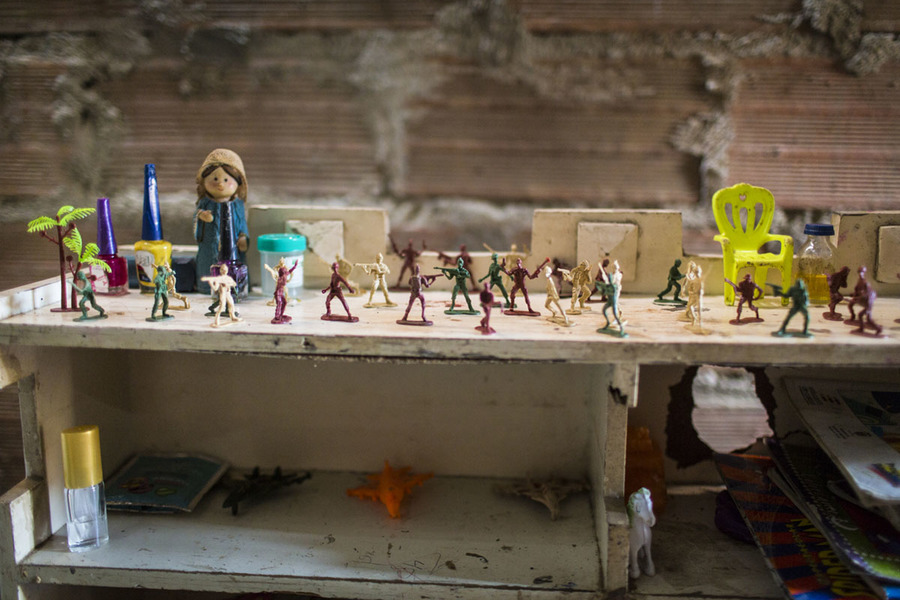 Small war figurines decorate the house of Patrice in Apartado. 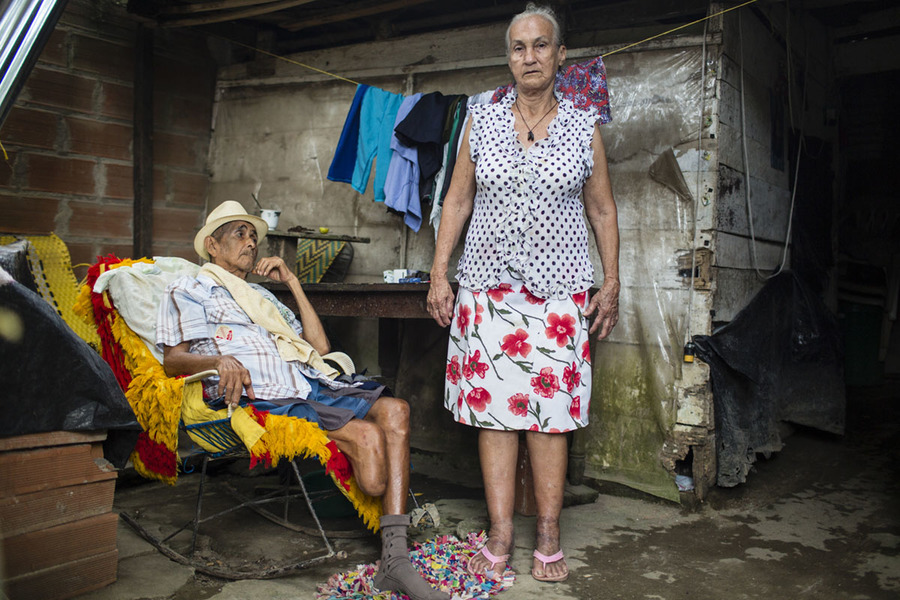 Bertilda brings food for her husband daily from the Templo Comedor center. He is among the few elderly folks who get their food delivered from the center. 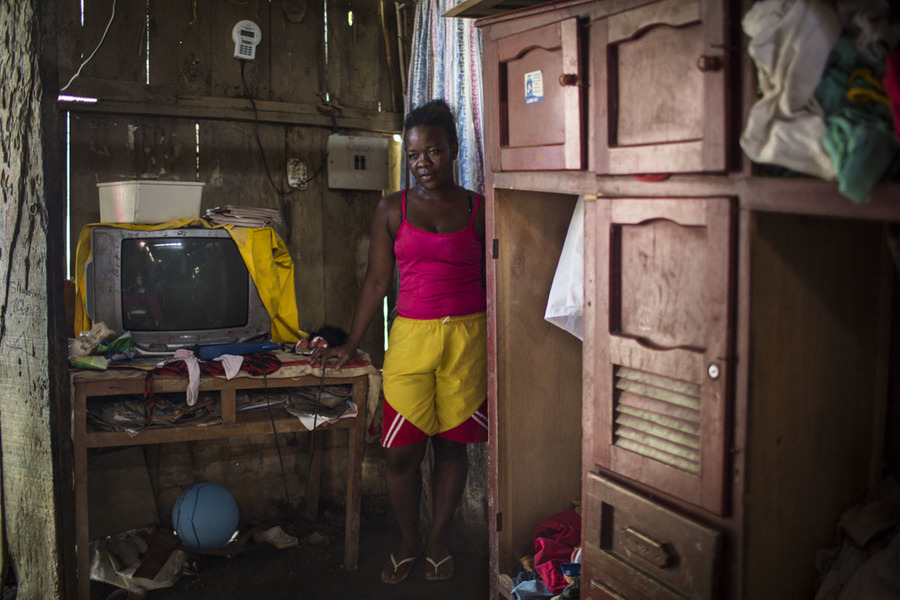 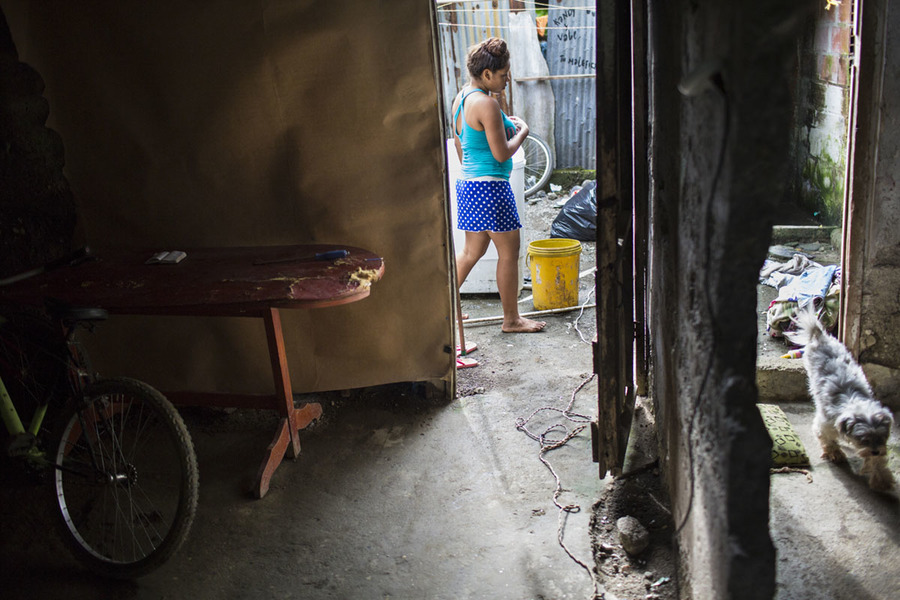 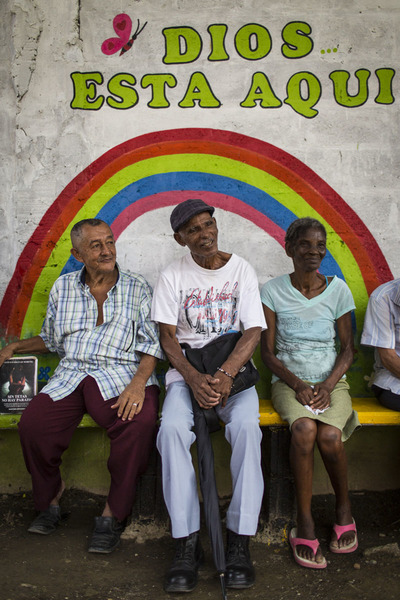 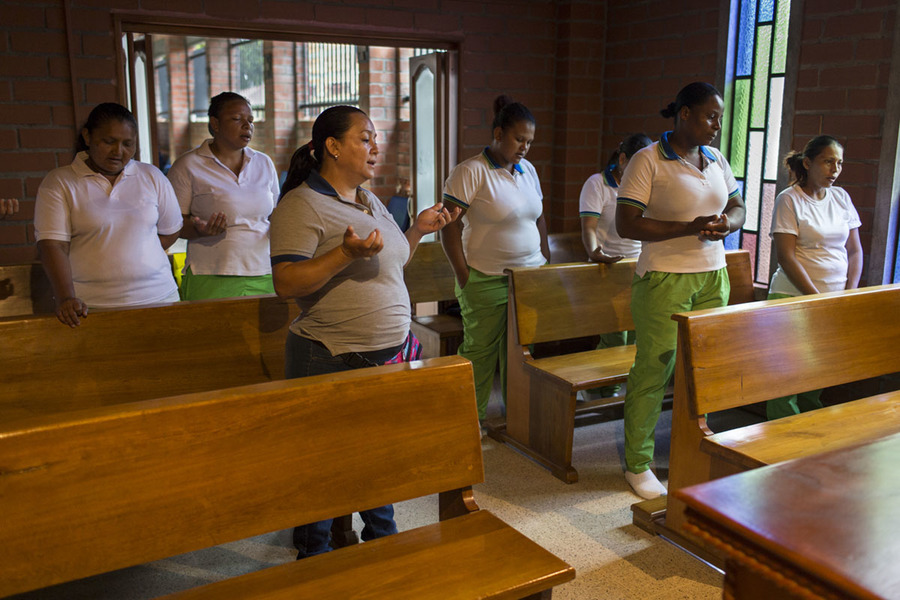 Adriana leads the prayer service at the start of the day. She along with her husband manages this center in Apartadó. 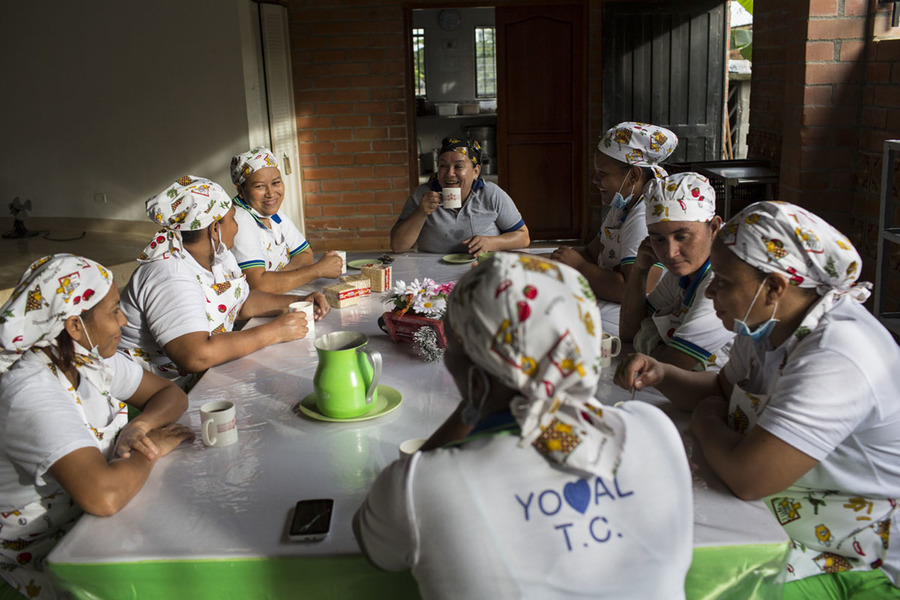 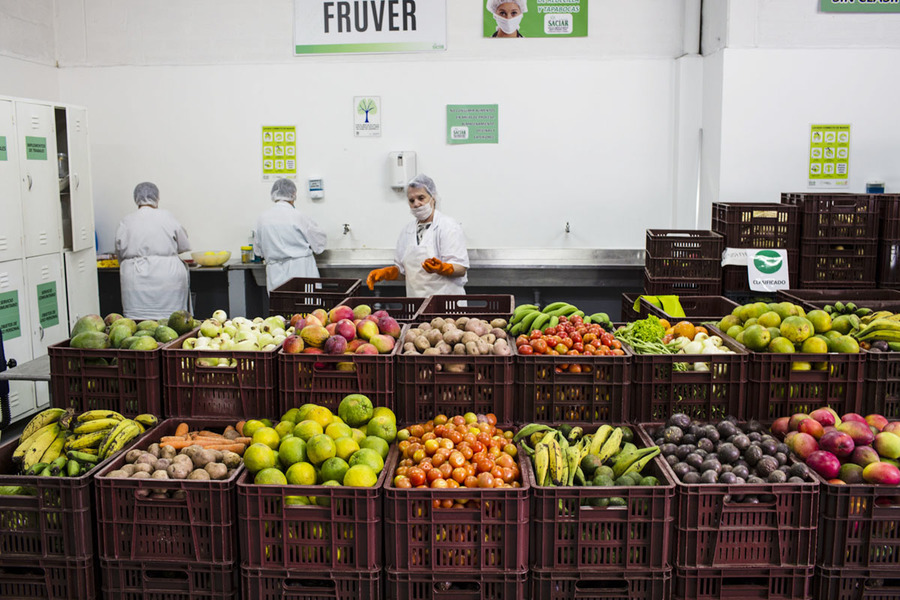 Fresh food getting sorted at the headquarters of Fundacion SACIAR in Medellin. This food is then loaded in trucks and dispatched at the various Templo Comedor locations around Colombia. 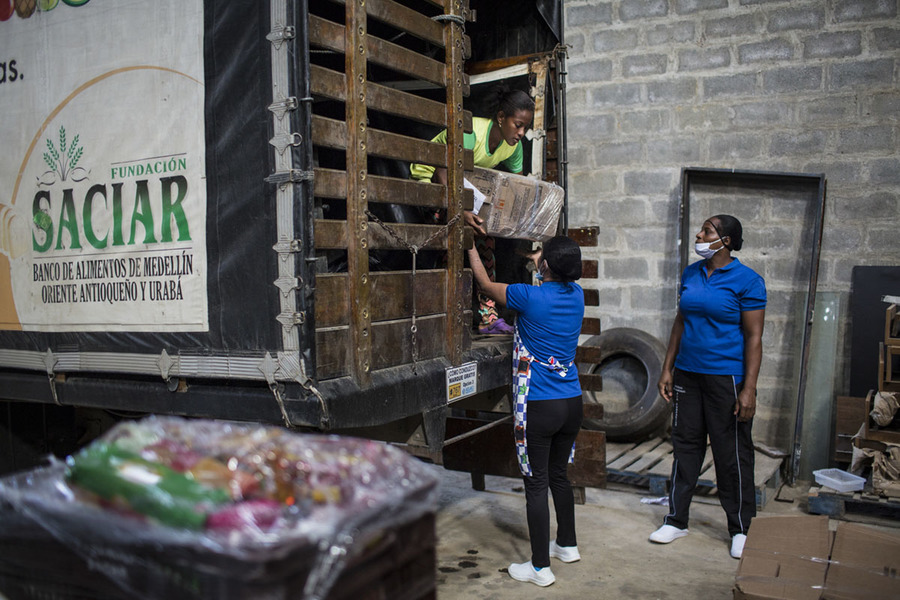 The staff at Templo Comedor, Apartadó help unload food boxes from the truck that came from the head organization SACIAR in Medellin. 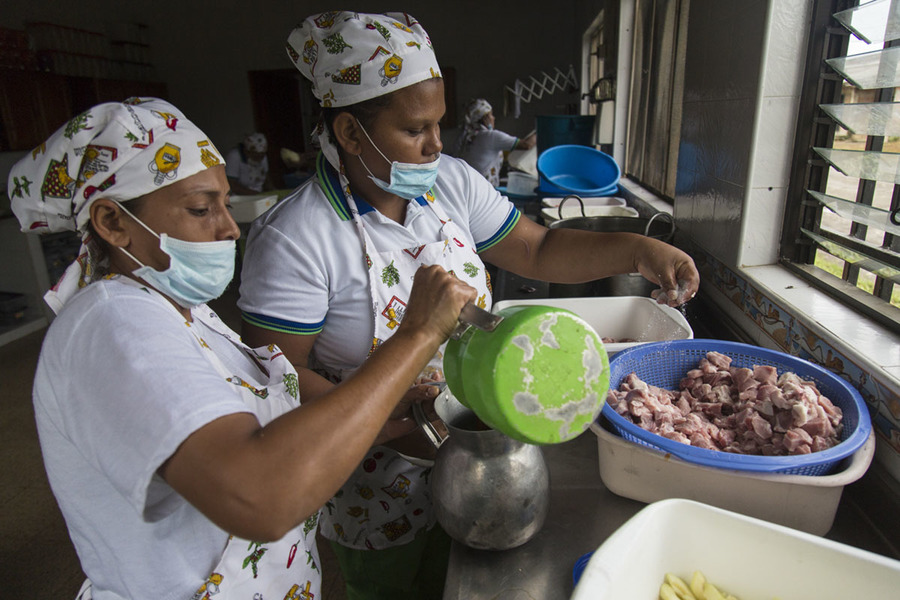 Lunch being prepared at the Templo Comedor center in Apartadó. 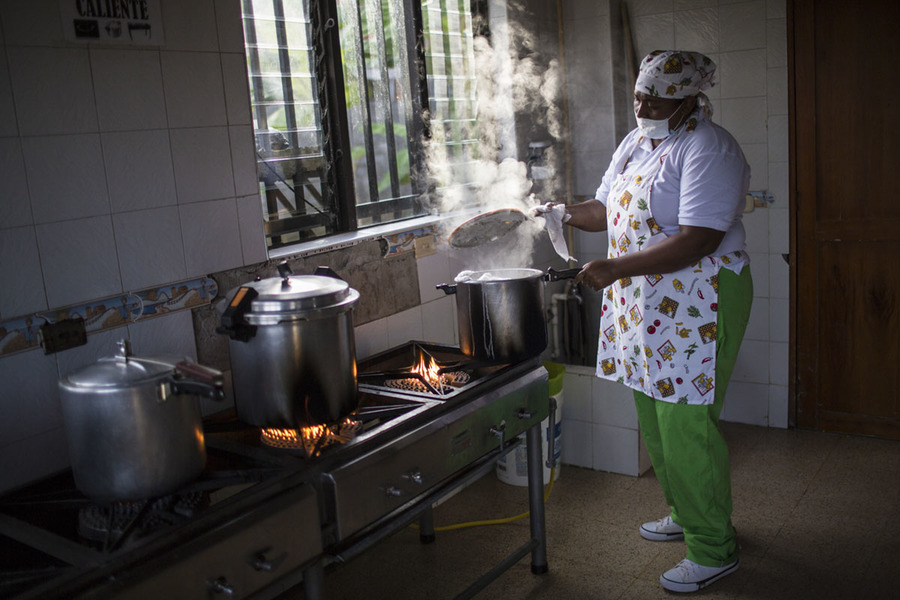 Lunch being prepared at the Templo Comedor center in Apartadó.

The kids at Templo Comedor pray before starting lunch. There is a daily church service at the start of the day before the staff starts cooking, then again before lunch sessions at 11AM and 1PM.

Lunch being served at the table before everyone arrives at the Templo Comedor center in Apartado.

The members of Templo Comedor take utmost care cleaning the food hall and the kitchen before and after cooking and serving food.

Hope for a brighter future.